Posted on June 30, 2014 by progressivelychallenged

Despite it being winter the front porch is one of our most used areas by all three of us. The house is fairly elevated, which gives us a nice view, and due to the railing and the gate (that is next to impossible to open), it’s safe to let bubba out there by herself to run amok.

The porch is quite long so there’s plenty of room for a lot of “amok”. 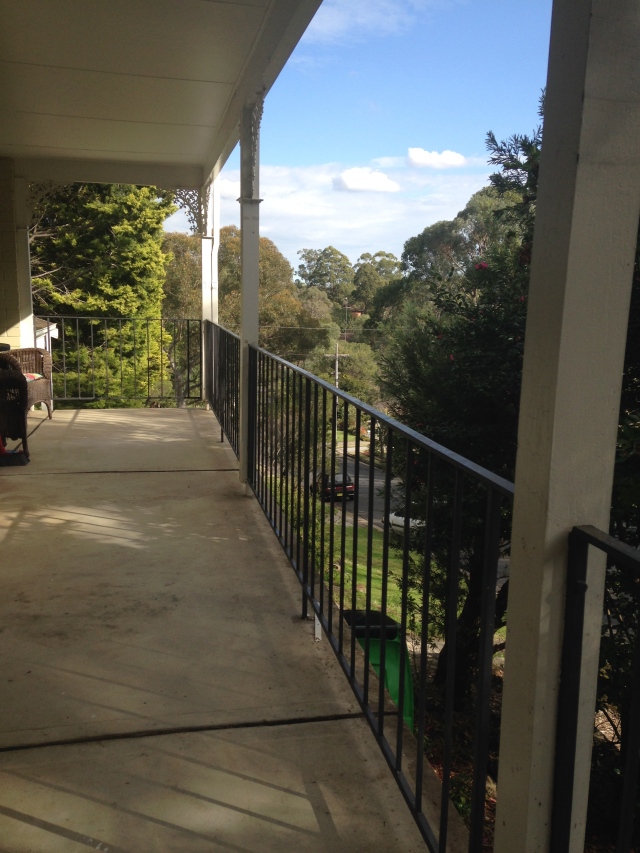 It gets a fair amount of sun for several hours a day so it’s often comfortable even though the temperatures have been low. I also confess to having had quite a number of glasses of wine out there while watching the sun set. It’s a good spot.

We want to give it a bit more “pretty” though. We have a vision for how we’d like for it to look. There are a few ideas but the favourite inspirations are the following two. 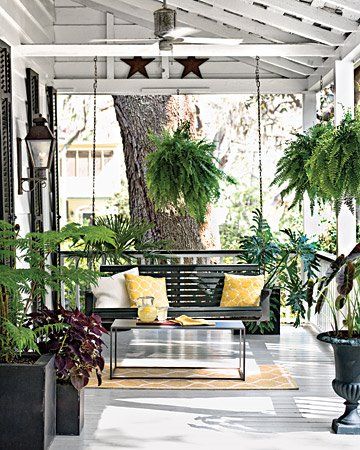 In the first one it’s the contrast between black and white with the fresh green that I like. The style is a bit too conservative for us though. And in the other the white with the warm wood and some happy colours. Not sure where we’ll end up, but to get there we have a few things to do, in no particular order:

The crossed out bullets are the ones I’ve already done. We’re just going to whittle away at the tasks little by little until we get there.

This entry was posted in Front porch, ToDo list. Bookmark the permalink.

5 Responses to The vision – Front porch