Posted on November 22, 2011 by progressivelychallenged

We’ve had a bit of a run in with stuff going cactus lately. (“Cactus”: Australian English for knackered, buggered, stuffed, rooted, possibly even up shit creek).

Our oven broke some time back. It’s alright, we’re about to renovate. It’s ok.

Out of our four stove top burners only two could actually be used due to the oven’s placement, and then one out of those two useable burners broke. No worries. Kitchen is going out the door shortly. Will only be a nuisance for a short time.

Then our two year old big LCD tv broke. Well. It works, but it takes 20 minutes to warm up and for the picture to stop going zig zag all over the screen. It’s all good. Shouldn’t be watching that much telly anyways.

Our toilet stopped flushing last week. Now that could’ve been a serious problem right there but fortunately I knew how to flush with a bucket of water initially before I could get in to the cistern to investigate, and then figure out how to stick my hand in the tank to flush it manually. Every time. No worries. At least it does flush! (Plumber has by the way been booked).

Then our Internet and cable tv stopped working. And now we’re not so chillaxed anymore. We’re addicts of both, especially the Internet. This has now been going on for six weeks and we’re still awaiting a permanent solution. It goes up and down. Mostly down. This makes my emails very sporadic and the blogging a bit challenged. But hey, we shouldn’t be spending that much time online anyways. We could always speak to each other or play board games!

And then. THEN. Yesterday our kitchen management people tell us that the promised pre-Christmas and pre-baby kitchen installation is now scheduled for end of January.

This is where you can HEAR my cool and calm collected self shatter and. I. Want. To. Quit. 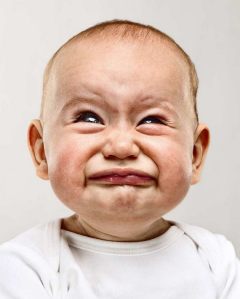 We’ve got numerous large appliances taking up space in our living room. We’ve packed the entire kitchen in numerous boxes, also located in our living room. An air conditioning unit waiting to be installed at the same time the kitchen is demolished (crucial before Christmas and baby because this unit is way too hot in January for a baby). Christmas, my most beloved holiday of the year, is around the corner and I can’t fit my tree. And a family member coming to stay with us to bond with the baby at end of January, right in the midst of the kitchen reno.

Luckily The Banker knew how to gather the shattered pieces of his hormonal wife so we could re-group.

We now have a Plan B which is currently in the works and shall be blogged about. Right here. At Progressively Challenged. Where progress is…challenged. Soon. Internet willing. And as long as the laptop doesn’t also break.

This entry was posted in Kitchen, Such is life and tagged kitchen, reno. Bookmark the permalink.