The current kitchen situation, and it IS a situation

Posted on November 19, 2011 by progressivelychallenged

The current kitchen situation is as follows.

So we’re chef-ly challenged to say the least. Luckily we have an electric fry pan (used so dearly over here, never saw one in my life before I moved here) so we DO get hot meals on a daily basis without nuking stuff to death in the microwave. So please don’t worry that we’re wasting our skinny selves away…

So. Using my extraordinary talents I whipped up this entirely out of scale visual for you of what our current kitchen looks like. Please forgive me. There was a reason I did not chose a profession in the creative arts industries. But it’ll give you an idea at least of what we’re currently dealing with.

Due to this design there is quite a lot of storage I can’t reach, see the red areas.

And to keep it real, some photos of the actual kitchen. And yes, there is a dirty pan in one of the pics. Working with what we got here. 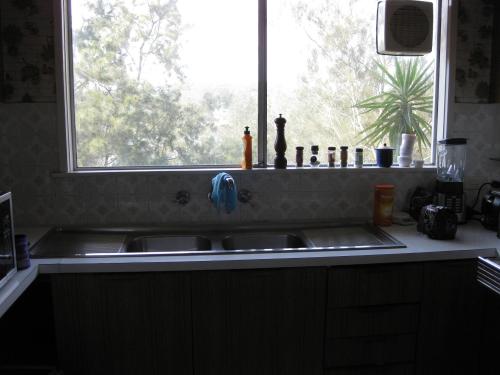 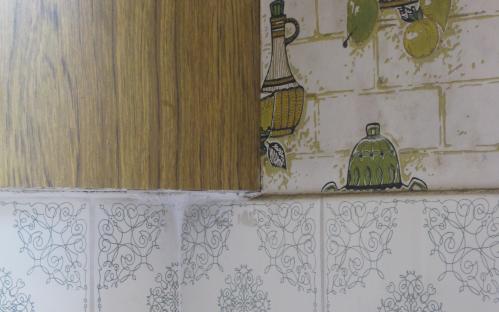 Pardon the messy counter tops but this is our daily reality and has not been tidied to make for pretty photos. Keeping it real people. It all lived in cabinets when we first moved in but as I got increasingly frustrated with the climbing I had to do to get to everyday stuff in the wall corner cabinets, stuff slowly migrated down onto our counter tops to never return to their assigned spots.

Not to mention all the rubbish we had in the cabinets from two well-established homes that were mashed when we moved in together. I’m not sure why we never pared it down to one set of everything rather than two (in 4.5 years), but that’s just how we roll in this house. We only do stuff when panic strikes.

This entry was posted in Kitchen and tagged kitchen, reno. Bookmark the permalink.

2 Responses to The current kitchen situation, and it IS a situation